IS COUNTERFEIT SLEEPTM MAKING YOU WICKED, TOO?

“The Wicked Witch of the West” shows many of the signs of COUNTERFEIT SLEEPTM. Are you showing them, too? If so, you may be fast tracking yourself to the same kind of wicked death she had.

Who can forget The Wicked Witch of the West in The Wizard of Oz? The actress played it exquisitely well—and it wasn’t just all that green make up that made her face so memorable! Now over thirty years after her death, we know that Margaret Hamilton’s very appearance was showing us the signs of COUNTERFEIT SLEEPTM.

WHAT ARE THE SIGNS OF COUNTERFEIT SLEEPTM? 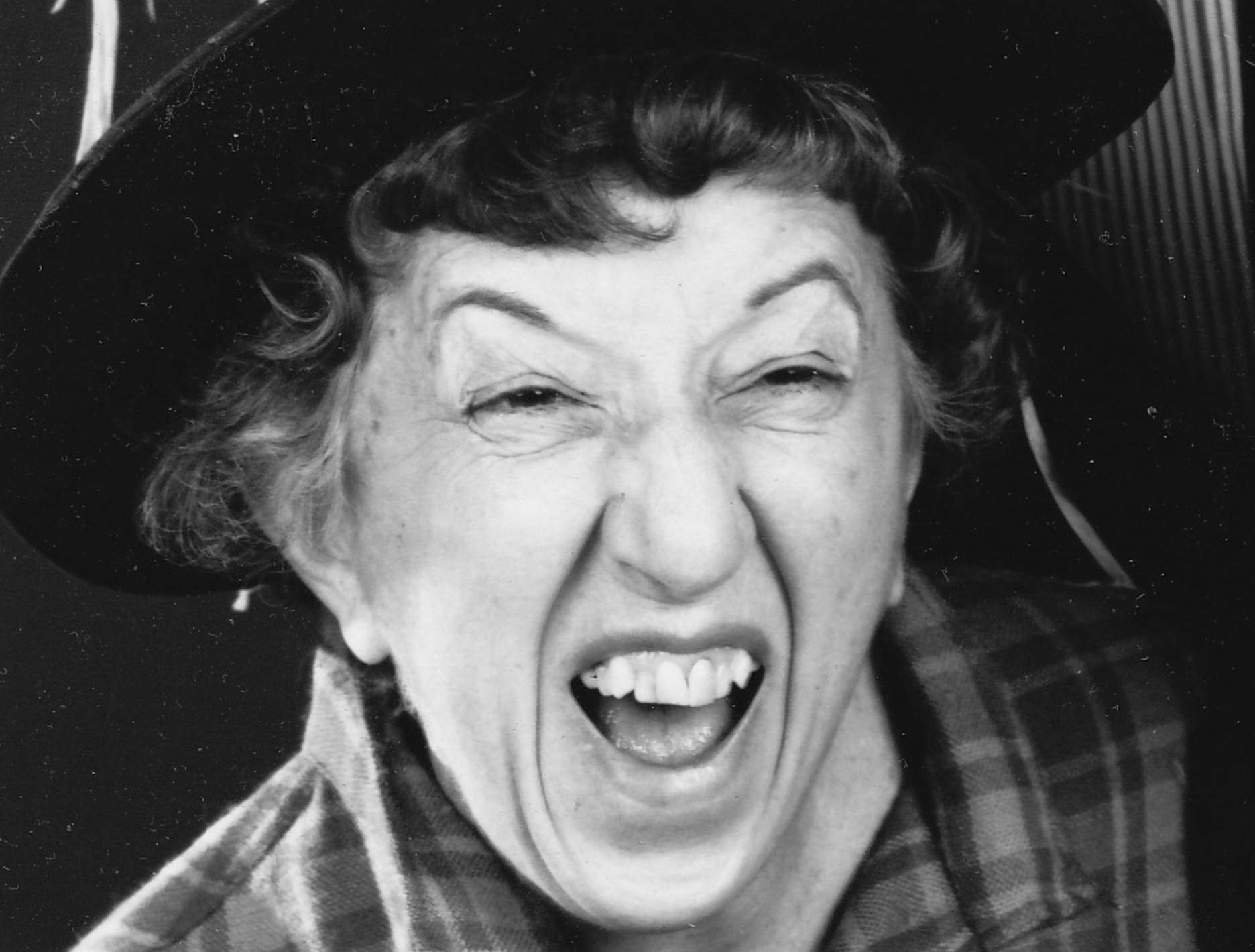 There is no question that Ms. Hamilton had crowded teeth. As you can see in the picture above, her teeth overlap each other and many are crooked.  Dr. Barry Raphael of The Raphael Center for Integrative Orthodontics explains, “The anthropologists tell us that crooked teeth are a relatively modern phenomenon.  In fact, most people of the pre-industrial world had not only straight teeth but also room for their wisdom teeth in jaws that were big enough to fit them.  THAT is what our genetics dictates: 32 straight teeth.  But with changes in both the culture and environment in modern times, there has been a change in the way our genes express themselves.  Of major concern for the teeth is that the jaws are not filling out the way they used to.  Our upper jaw especially has shrunken in all three dimensions (emphasis added), leaving insufficient room for 16 upper teeth, and hence, crowding and crookedness has become common.” 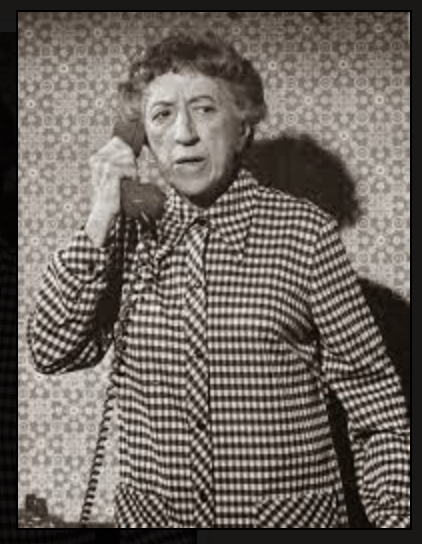 In many of the pictures you see of Margaret Hamilton, her mouth is open. You can see her “open mouth” even in this picture where she is simply listening. Her lips are not touching each other but instead are slightly apart. This “open mouth posture” is the TOP easy-to-spot SIGN of a person who is getting bad sleep night after night. 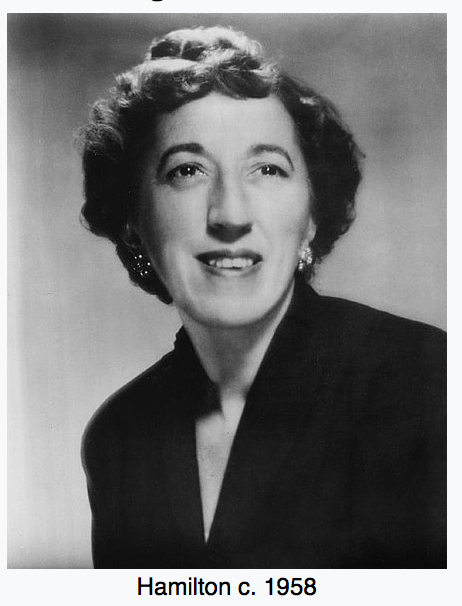 Look at this professional headshot of  Margaret Hamilton. You can you see how “long” her face is. The lower third of her face has grown down instead of forward, giving her a long, narrow face. Because of this vertical growth, the overall proportions of her face are distorted.

You can see this same distortion on the face of “Louisa,” the young girl in the images below. 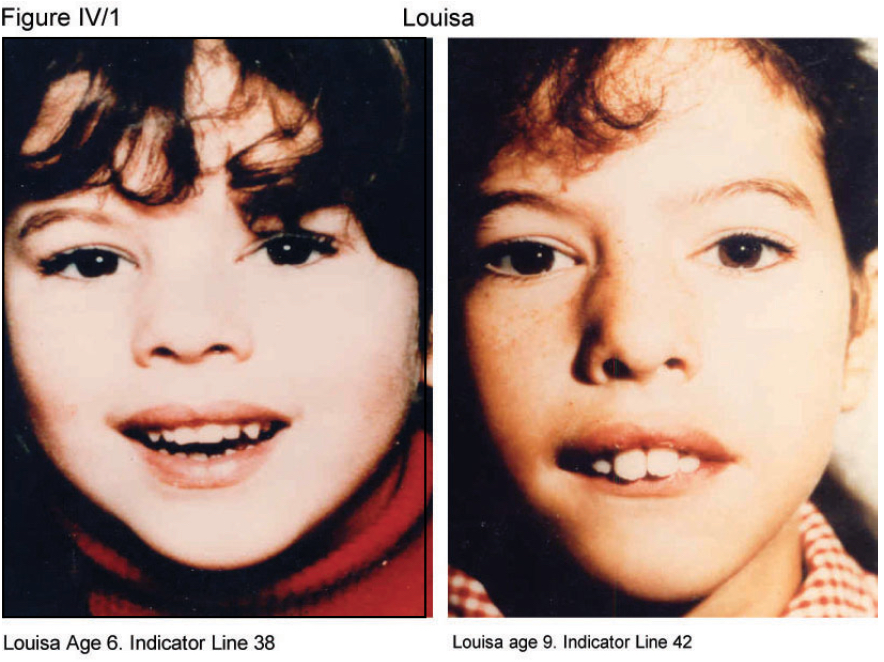 The first picture shows her at age 6, and the second picture shows  her at age 9.  It is clear that the lower third of Louisa’s face has grown longer over the three year period. Her vertical growth was measured using John Mew’s Indicator Line (from “Reading the Face”). Louisa went from a 38 to a 42.

Dr. William Hang of Face Focused shares,  “I find John Mew’s Indicator Line to be an incredibly accurate predictor of future facial balance (or lack thereof).    The vertical  growth of the face caused by open mouth posture can make this number get bigger much faster than the 1 mm. per year of normal growth. Children with a number more than 5 mm. larger than the norm for their age are more likely to end up with more poorly balanced faces.”

Check out this 25-second clip of Margaret Hamilton. Laugh as the actress reveals “her fate.”  And see if you can:

So how did you do? Did you spot all four signs?

These easy-to-spot signs are easy to remember because they spell out the word C.O.N.E.  And you want to remember these easy-to-spot signs so you can check everyone you care about, including yourself! Why? Because these signs mean something big is going on that will lead to COUNTERFEIT SLEEPTM–that is, if your sleep is not already affected! After all, fifty percent of men, twenty-five percent of women, and eleven percent of kids get COUNTERFEIT SLEEPTM every night.

WHY DO THE SIGNS MEAN COUNTERFEIT SLEEPTM?

Taken together, these are signs we now understand go hand-in-hand with improper jaw development.  This is a serious problem because, as Dr. Barry Raphael explains: “When the jaws fail to grow properly, not only is the space for the teeth insufficient, but the breathing space through the nose and down behind the jaws and through the back of the throat is insufficient, too.  These narrowed spaces make it more difficult to breathe, especially at night when we lay down and go to sleep. This has led to a drastic increase in snoring and sleep apnea.”

The bottom line is this: These easy-to-spot C.O.N.E. signs strongly suggest that Ms. Hamilton was a victim of COUNTERFEIT SLEEPTM. And that means your brain doesn’t get the right amount of time in “deep sleep” to do nightly repair and recharging.  So you go through your days like a cell phone in low power mode.

SO HOW DID SHE DIE?

Margaret Hamilton died in her sleep, the victim of an apparent heart attack. She was 82 years old.

If you find yourself  thinking, “That doesn’t sound like such a bad way to go,” consider this sad fact:  She had developed Alzheimer’s Disease years before. Her life was robbed from her well before her fatal heart attack.

This picture shows how wicked old age was to her:

IS THERE A CONNECTION BETWEEN COUNTERFEIT SLEEPTM AND ALZHEIMER’S DISEASE?

As it turns out, there is a connection between COUNTERFEIT SLEEPTM and Alzheimer’s Disease. And it looks like it goes both ways.

Dr. Ricardo M. Osorio Saurez of NYU Langone Health  is doing fascinating research on the topic. He explains, “Alzheimer’s disease (AD) is the textbook example of a ‘complex disease’, caused by a combination of genetic, biological, psychological, environmental and lifestyle factors, most of which have not yet been identified. But sleep is one of these factors. It’s long been known that people with AD tend to sleep poorly and spend more time awake at night, but growing evidence indicates that disturbed sleep can also contribute to Alzheimer’s onset (emphasis added).” 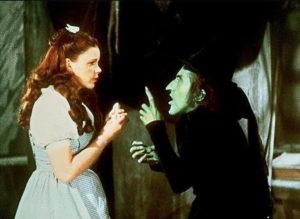 What if we had known way back then about these easy-to-spot signs of COUNTERFEIT SLEEPTM? Margaret Hamilton may never have had a chance at being Dorothy, but she would have had a better chance of living a healthier life in her old age.

Is someone you love showing the signs of COUNTERFEIT SLEEPTM ? Take this quick quiz .

Invite Tara to speak to your group.